This poll has been finished and no longer available to vote !

Rik Mayall, the comedian and star of The Young Ones, has died aged 56.

A spokesman for Mayall’s management company told The Press Association that he died this morning. 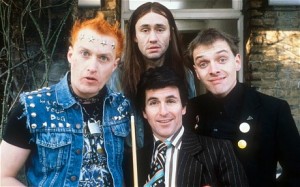 The comedian appeared in television comedies The Young Ones, Blackadder, The New Statesman and Bottom, and had a long-running partnership with Ade Edmondson.

In 1998, he survived a near-fatal quad bike accident at his home in Devon. He is survived by his wife, Barbara, and three children.

The cause of death is currently unknown.